To all Member / Participants:

The Atlanta Iron Workers Local No. 387 Pension Fund (“Pension Fund”) has recently been amended by the Board of Trustees of the Pension Fund.  The amendment changes the formula that will be used to determine the benefit amount due at retirement for Employer contributions made to the Pension Fund for Hours Worked on or after March 1, 2017.  The new formula will apply the benefit multiplier to the full amount of the contributions based on the negotiated Pension rate for Atlanta Iron Workers Local Union No. 387 Pension Fund specified in the Collective Bargaining Agreement which an Employer is obligated to pay to the Trust Fund generally referred to as Pension Contributions.  This means that you will get credit for every dollar contributed on your behalf.  The application of the new formula however, will result in a reduction of benefit accruals for hours worked on or after March 1, 2017.

The new formula eliminates the $3.53 limit on the hourly contribution rate used to calculate a pension benefit.  The Board of Trustees determined that Participants should get credit for the full contribution rate. 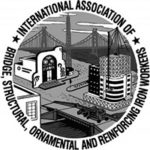 Here is how the new accrual will work.

The following chart provides examples of the monthly pension benefit amount based on contributions made on behalf of a Participant in a Plan Year – depending on the number of Hours Worked in that year – and the application of the current formula (2.6% capped at $3.53 per hour) compared to the new formula that goes into effect on March 1, 2017 (1.0% of the full contribution rate of $5.69 per hour).

Note that if the hourly Pension Contribution rate paid to the Pension Fund is increased in the future, the monthly benefit earned will increase as well as shown below.

To ensure the continued financial health of the Pension Fund, the Board of Trustees made the decision to reduce the accrued monthly benefit.  The Pension Fund’s current financial condition is good, placing it in the so-called “green zone” – the highest rating under the federal government’s color rating system (green, yellow, orange, red).  When comparing the Pension Fund’s benefit obligations to its actual Market Value of Assets however, the assets represent only 75.6% of the Fund’s liabilities as of the March 1, 2016 Actuarial Valuation.  While it is not uncommon for a pension fund to have a funding shortfall, it does not give the Pension Fund much room for error.  One bad year of market returns has the potential, depending on the magnitude of the loss, to push the Pension Fund into the yellow, orange, or red zone.  Pension plans in the yellow, orange, and red zones often have to cut future accruals and adjustable benefits – including early retirement and disability benefits – to meet government required benchmarks.

The Board of Trustees have determined it was prudent to act now to strengthen the financial soundness of the Pension Fund to avoid a situation, currently faced by many pension plans, where future accruals have to be cut and benefits eliminated under government mandated standards.  The Board however, believes that the new formula will still produce a significant benefit accrual, particularly when compared to other multiemployer Iron Worker pension funds.

In conjunction with the change in the Contribution Percentage Formula, the Funding Surcharge is eliminated.

Before the change. Currently, the Benchmark Hourly Contribution Rate is the maximum rate specified in the Collective Bargaining Agreement which an Employer is obligated to pay to the Trust Fund. The Plan separates the Benchmark Hourly Contribution Rate into two categories, Pension Contribution and Funding Surcharge. Based on the most recent Collective Bargaining Agreement, the hourly contribution for Journeymen Iron Workers is $5.69 resulting in $3.53 towards Pension Contributions which applies to benefits and $2.16 towards Funding Surcharge which applies to general funding. Funding Surcharge payments do not apply toward benefits and is not included in any reciprocal transfer of money out of the Plan.

After the change. Beginning March 1, 2017, the Funding Surcharge is eliminated and all contributions below the Benchmark Hourly Contribution Rate will apply towards Pension Contributions. All monies will transfer out of the Plan for reciprocal transfers. The hourly Pension Contribution rate used in the benefit formula will be limited to the amount stipulated in the collective bargaining agreement, currently $5.69 per hour. Any hourly contributions reciprocated back by a traveler working in another jurisdiction with a rate in excess of the Pension Contribution rate in the applicable CBA will continue to be placed in a separate accumulated value account. The accumulated value account will be available to you as a one-time lump sum when you retire.

This notice is required to be furnished to you pursuant to Section 204(h) of the Employee Retirement Income Security Act 1974 as amended (ERISA) and Section 4980F of the Internal Revenue Code.  The provisions of the Plan document described in this notice, including current provisions and the changes to those provisions, only summarize the terms of the Plan, as amended, which is available upon request at the office of the Plan Administrator.  The terms of the amended Plan document, not this notice, will be followed if there is any inconsistency between any provision of the Plan and any provision of this notice.  If you would like to view the Plan document or if you have questions about the changes to the Plan, you may contact the Administrative Manager, American Benefit Corporation, 3150 US Route 60, Ona, West Virginia 25545 at 1 (800) 520-0639.

The Board of Trustees reserves the right to modify benefits to be earned in the future if market conditions warrant.  The Board of Trustees appreciates your understanding of the need to take action in order to maintain the financial security of the Plan and your future benefits.