Today in Labor History – January 08, 1811 – The largest slave revolt in U.S. history begins on Louisiana sugar plantations. Slaves armed with hand tools marched toward New Orleans, setting plantations and crops on fire, building their numbers to an estimated 300-500 as they went. 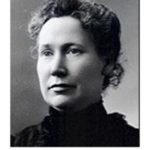 The uprising lasted for two days before being brutally suppressed by the military.

1864 – Birthdate of Mary Kenney O’Sullivan, first AFL woman organizer. In 1880 she organized the Woman’s Bookbinder Union and in 1903 was a founder of the National Women’s Trade Union League.

1920 – The AFL Iron and Steel Organizing Committee ends the “Great Steel Strike.” Some 350,000 to 400,000 steelworkers had been striking for more than three months, demanding union recognition. The strike failed.