Today in Labor History – May 15th 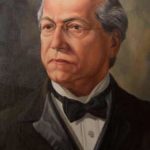 1906 – The U.S. Supreme Court ruled in favor of Samuel Gompers and other union leaders for supporting a boycott at the Buck Stove and Range Company in St. Louis, where workers were striking for a nine-hour day. A lower court had forbidden the boycott and sentenced the unionists to prison for refusing to obey the judge’s anti-boycott injunction.