Today in Labor History – December 04, 1943 – President Roosevelt announces the end of the Works Progress Administration (WPA), concluding the four-year run of one of the American government’s most ambitious public works programs. It helped create jobs for roughly 8.5 million people during the 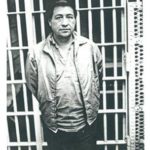 Great Depression and left a legacy of highways and public buildings, among other public gains.